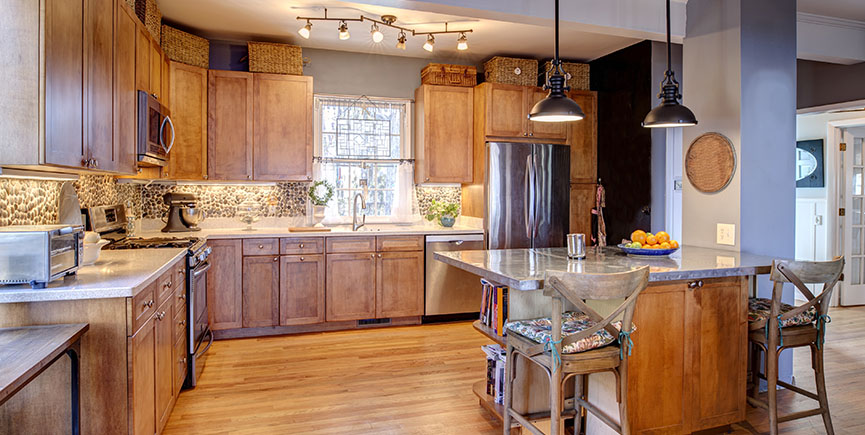 Okay, so a few months back you had your kitchen renovated and had awesome marble countertops installed in your kitchen area and island. You are totally amazed by the results and you have been enjoying it ever since. You’ve been so inspired in cooking and creating dishes like a true Chef, until one day, you just find yourself searching for an item into a pile of stuff on your kitchen island and realized that clutter was never there when the kitchen was new. It’s definitely a sign that you need a serious decluttering moment with your kitchen.

Remember this, any flat and empty surfaces are like an open invitation to place something down and leave it for – God knows when you can remember. A single item and ultimately evolve into a clutter over time. Since the kitchen area is where your entire hood spends much of your time daily, the counter spaces seem to be an open parking lot of items of any sort. If you get to find your razor in the kitchen, by all means, dedicate and focus your attention in bringing back what your kitchen looks like.

THE TYPES OF KITCHEN COUNTER CLUTTER

There are actually three classifications of kitchen clutter and it’s best that you attend to them one class at a time.

Stuff That Doesn’t Belong In Your Kitchen

Stuff That Belongs In The Kitchen, But Maybe Not On Your Counters

Kitchen decluttering should be a daily habit if you wanted to keep an organized and clean kitchen area. The granite countertop installers Reston wouldn’t be pleased to see the counter they have installed cluttered with all sorts of stuff from all over the house. Imagine how relaxing it would be to see your kitchen space immaculately clear with just the appropriate minimal décors. It’s a breeze to start preparing food again.