How To Fix A Heat Pump Fan That Doesn’t Work 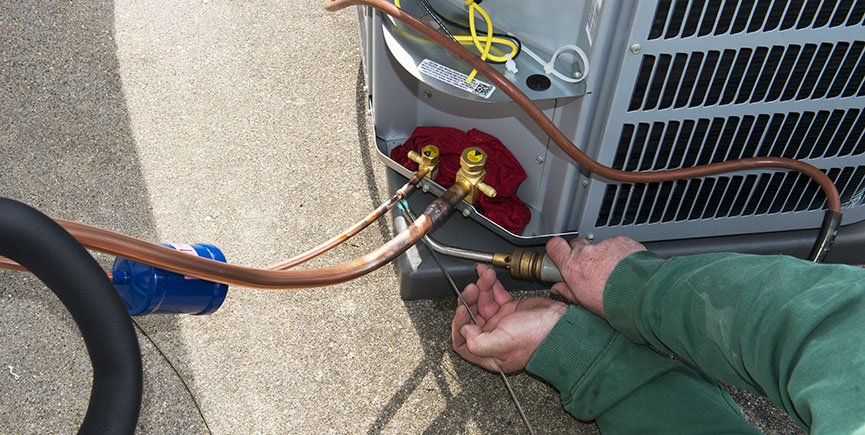 A heat pump fan/blower like many other electrical appliances will deteriorate with time. It might be that it simply stops working. While there are several reasons contributing to that, finding the root cause of the problem can be a tricky task for which you can hire HVAC companies. If you want to fix it yourself, we have gathered potential solutions for you to consider in case you run out of ideas. Let’s begin!

Fan Is Not Running But The Heat Pump Is

If you observe that the fan is not running while the compressor is, it might be a problem with a bad fan motor or a capacitor that is burned out. However, you first need to check for debris as well. It might be that a stick from a tree above is blocking the fan blades. As a result, the blades will fail to spin. Therefore, it is suggested that you remove the obstacle first while turning off the unit. Once the unit is off, remove the heat pump cabinet and dislodge the object.

Another problem might be that the capacitor is okay but the fan is sticking. As a result, in the short-term, you might be able to make the fan work. Using a stick or any other object, give the fan a push. If it manages to run, it means that the motor is at its early stages of failing. However, make sure that you do not stick your finger inside, instead use a stick. You never know that a fan motor might start spinning immediately causing life-threatening injuries. If even using a stick does not fit well with you, call a professional to solve the solution for you.

If you observe that the fan is not spinning at all or is spinning with a little nudge, it might be that either the motor has gone bad or the capacitor has failed. Remember, not to turn on or use the unit if the fan is not working because the fan is used to cool the compressor. If the fan is not working, then the compressor may overheat very quickly and it might die as well, which can cost quite a lot to repair. On the other hand, capacitors have a comparatively smaller replacement cost. As compared to a fan motor, capacitors cost quite less. Plus, the good news is that capacitors faults are more common and they are also cheaper.

The Compressor Is Running But The Fan Is Slow

If you find that the compressor is running but the heat pump fan is slow, then again either the capacitor or the motor is going bad. It might work for a short time until it finally gives up. You might want to call a technician to replace the capacitor and test it out first. Some types of heat pumps feature fans that run at both slow and high speeds. So, if the fan is slow, don’t freak out because it could be its normal speed. However, if you observe that the fan is limping and not generating enough air pressure, then you have a problem. In other words, if you notice anything fishy with the speed, you might want an HVAC technician to come and inspect it.

Heat Pump Itself Or Fan Is Not Working

If your heat pump or fan is not working, you will need to check several things. First, check the thermostat and see if it is set to the right mode. Second, check the capacitors to see if they are in the ‘on’ position. If you find them somewhere in the middle, it means they have tripped. Try turning the tripped breaker off and then on. Now try the heat pump. If it works and trips again in the near future, you might want to call a technician to sort the electrical issue out.

This blog aimed to help you with your heat pump fan. Remember, fixing a heat pump fan is not a problem, finding the root cause is. Although the above-mentioned solutions will help you out most probably but if not, do not hesitate to call a heat pump repair service Tyson’s Corner for expert opinion and quick repair.