Turn Your Windows And Screens Into A Power Source 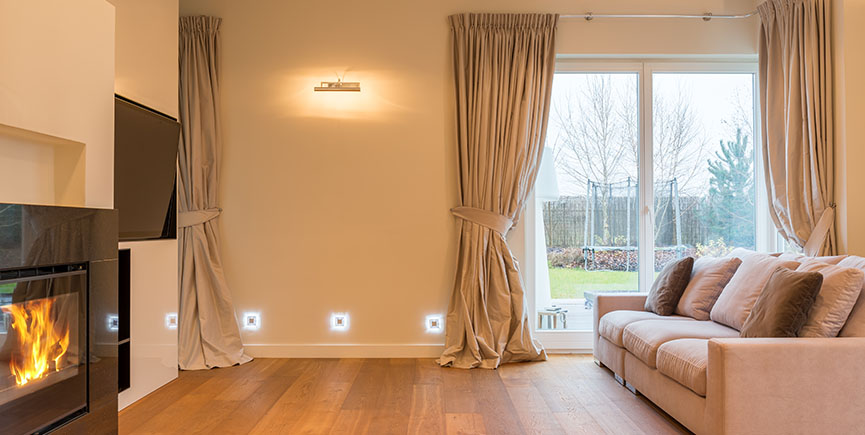 Another first of its kind, a transparent window or screen can turn into a solar concentrator efficient to be a source of power. It is also envisioned to design it for high rise buildings, mobile devices or any gadgets that have glassy surfaces. Of course, your quartz kitchen countertops are an exemption because they are already a great source of positivity in your kitchen area.

A group of researchers from Michigan State University (MSU) had discovered and developed what they called the “Transparent Luminescent Solar Concentrator” (Griffiths, 2014). These transparent panels could turn any piece of glass into a photovoltaic solar cell which produces energy by capturing photons or sun rays and transforms them into electrons or what is commonly known as electricity.

According to the assistant professor of chemical engineering and materials science at the university, Richard Lunt, “The solar harvesting material uses specially developed organic molecules to absorb certain invisible wavelengths of sunlight”. It is science working in the process here and since the material used does not absorb or emanate light visually, it is translucent enough to the eyes and could be highly beneficial for future inventions for mobile screens and window sheets.

As scientifically explained, if a specific component or object is transparent in nature, every bit of light that passes through will go straight into the human eyes, so what they did was to style it with some shade of color in order to make it less harmful to the eyes.

This notable innovation holds great potential not only to future generated commercial products but as well as high-rise building that will be self-sufficient enough to contain solar panels, households and likewise other industrial establishments. This technology alone will save the world from high consumption of oil generated electricity and will rather make use of what is naturally present and created such as the sun’s ultraviolet rays.

Professor Lunt added that the Transparent Luminescent Solar Concentrator or TLSC comprises “organic salts that absorb specific non-visible wavelengths of ultraviolet and infrared light, which then glow as another wavelength of a non-visible spectrum”.

As researchers still continue to improve this technology, they seek to deploy this solar harvesting innovation in a wider scope and function. Instead of having them installed as rooftop displays, it could be like normal windows in the house or in a more stylish manner, a glass house surrounded by TLSC glass. It could also be highly economical for Smartphones or tablet where its display will be replaced with TLSC and will result in longer use more than just a notch higher with one time charging.

Presently, we would still be using the customary large solar panels which are extensive in size and less stylish in some sense. But expect that if there would be a massive production of this solar-powered glass sheet and even plastic materials that would still look deceiving like glass, although huge in production, it would present more convenience not only in installation but in cost too.

This light-catching glass window sheet is still in its early stage gathering 1 percent efficient, but researchers are pushing the rate to 5 percent to a max of 7 percent. Figures may be as small as it may seem but if you add them all up and gather them all together it will also result in a huge number.

Since the team had figured out that colored glass is not at all convenient and which also gives that feeling that as if you are in a bar, they are creating solar power surfaces that are so transparent no one would even notice that it’s there or is actually in place.

Because this new development is highly flexible, it can potentially be placed in areas where solar energy from the TLSC can be shared in a non-intrusive way. Which means that it is not only compatible with high-rise buildings with lots of windows but on mobile devices and even in residential windows and glass panes.

This promising discovery can greatly benefit buildings and households that need a huge amount of electricity every single day. With the TLSC, each piece of a screen and window is not only an essential and decorative part of a structure but a good source of power coming from the sun. Similar to what quartz countertop contractors Centreville are doing – they can turn every kitchen area and cooking top into a brand new source of light inside every home.